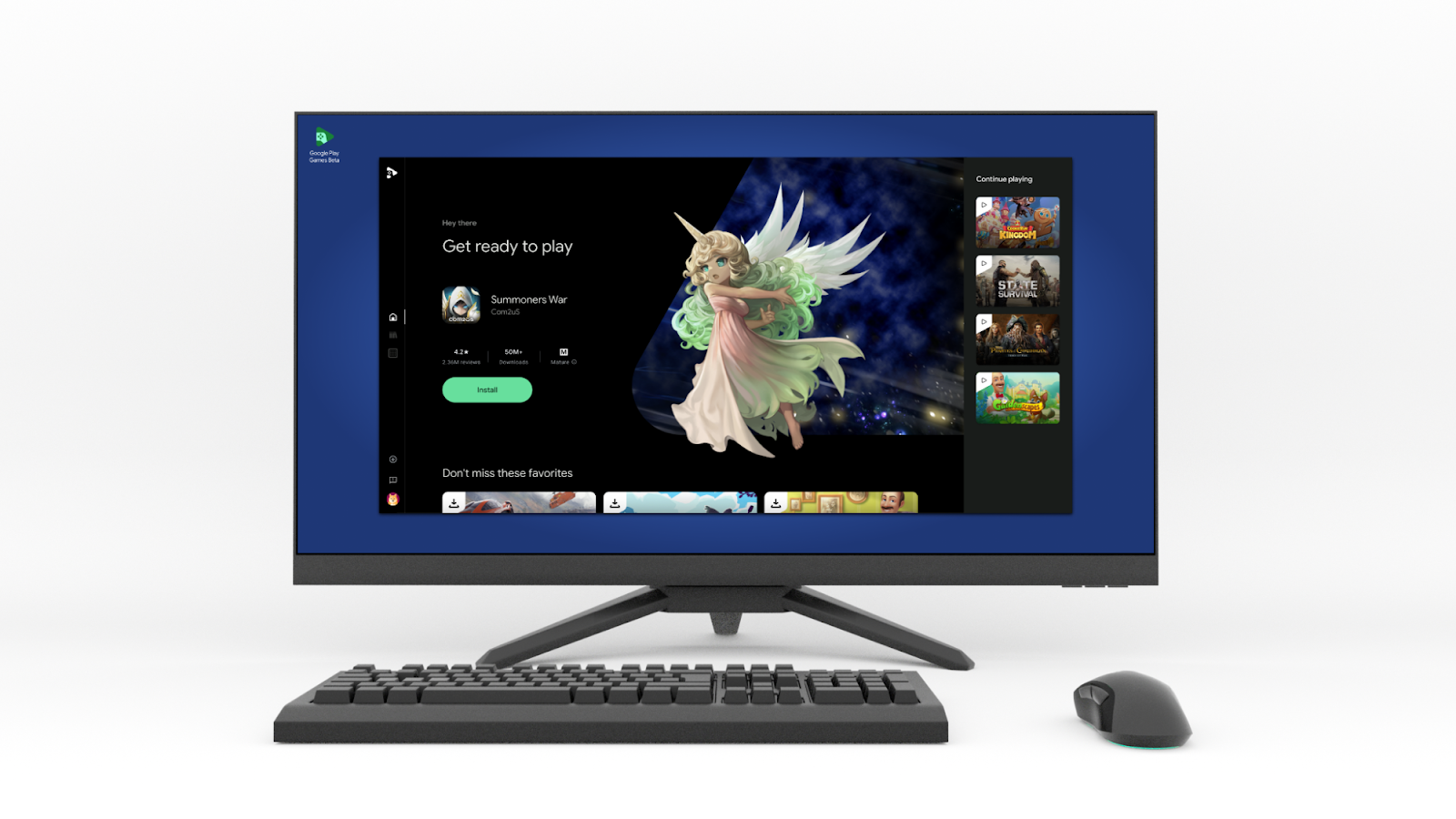 At the beginning of 2022, the Google announced the Play Games for PC, which takes famous games from android for desktops with Windows 10 and Windows 11. The service has 85 titles and is still in beta, but we have good news: you can now access it in Brazil.

Google Play Games was announced on January 2022. Initially, it was only available to users in South Korea, Hong Kong and Taiwan. Later, Australia and Thailand were added to the list.

To play, you need to sign up for test program and install the PC application.

Google took advantage of the announcement and reduced the requirements to run the software. These are the new minimum specifications:

For now, there is no Mac or Linux version.

Google Play Games for Windows currently has 85 titles. You may know some of them from advertisements in other apps:

The app saves game progress and syncs with other PCs and mobiles. So you continue where you left off.

Google Play Points works on PC games. Thus, you can use the points in purchases of items and subscriptions.

One of the main new features of Windows 11 is the Android app support. The Google project, however, has nothing to do with this initiative.

Microsoft made a partnership with amazon to place Android apps in the system’s native store. In addition, Windows 11 has a subsystem dedicated to Android to run these programs.

In the case of Google Play Games for PC, the process is totally different. It doesn’t depend on this subsystem — so much so that it works on Windows 10, which doesn’t have this component. To play, just install the program provided by the search giant and download the desired titles.